Austin Butler current girlfriend in 2018 is Vanessa Hudgens and they have been dating on and off past 6 years. The couple has been going strong since 2011.

Austin Butler also belongs to the same profession. He is a famous American actor who was born in Anaheim, CA on the 17th of August, 1991.

He is well known for acting both in movies and TV series. Some of his appreciated works are: Dude, The Carries Diaries, Aliens in the Attic, Zoey 101, Switched At Birth, Arrow, Intercept etc. He is also known for his modelling assignments.

Not many rumors have surfaced about this young guy and unlike most other celebrities, he has been enjoying quite a sturdy and fulfilling relationship with his current flame, Vanessa. This relationship kick started in 2011 and the beginning was quite low profile. It is heard that they first met in the sets of High School Musical. This show brought Vanessa into the limelight and at that point of time, she was dating her co-star and teen heart-throb Zac Efron. Though Austin wasn’t a part of the cast, they met there somehow and an unexpected story begun. 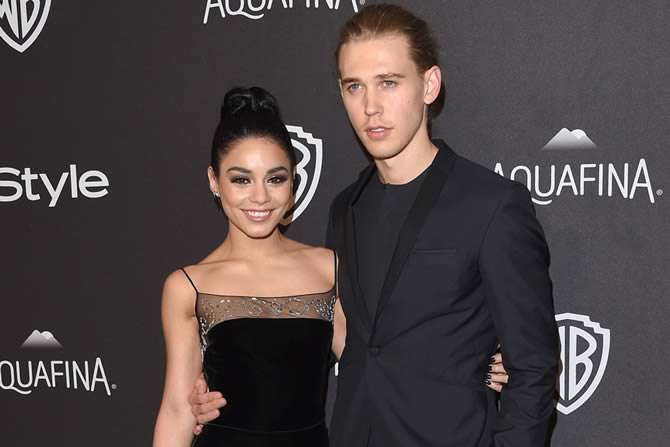 It is also said that their mutual friend, Ashley Tisdale acted as a catalyst which stirred this chemistry and sparks flew. She was a part of HSM (High School Musical) and also acted in Sharpay’s Fabulous Adventures where Austin played the lead role. Thus, it can be assumed that she acted as a good friend and introduced the present couple to each other. Ashley and Vanessa’s friendship is still quite strong today as the latter was present as a bridesmaid in the former’s wedding.

The relationship which began slowly as friends became stronger with occasional outings and the more time they spent with each other, the more they were captivated by one another’s charm. Like other star couples, they were spotted here and there together, when their status wasn’t certain but soon it was confirmed and made public. 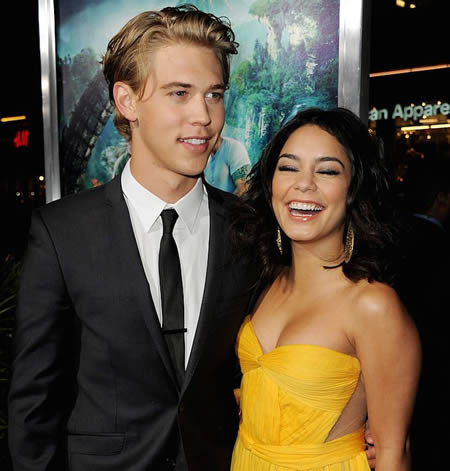 Austin became very upset after the sudden demise of his mother and at that time Vanessa proved to be a great support to him and this helped to strengthen their relationship all the more. A few days back, there aroused a rumor that this cute couple is breaking up as Vanessa’s ex flame Zac is intervening between them. HSM4 is about to release soon and the former co-stars grouped up for that. It was heard that Zac wasn’t able to forget his first love and kept on trying to get her back and used to call her repeatedly. But slowly it was revealed that the original cast of HSM won’t be retained and so there is not much to worry about and so, Vaustin is still together.

It cannot be denied that the entertainments meant for kids were the places that brought this two together and their magical journey began. Though Vanessa is three years older than Austin but that does not matter as age is just a number when you are in true love and these two are madly or musically in love with each other! Also, Josh Hutcherson was dating Vanessa Hudgens, but they too broke up quickly. 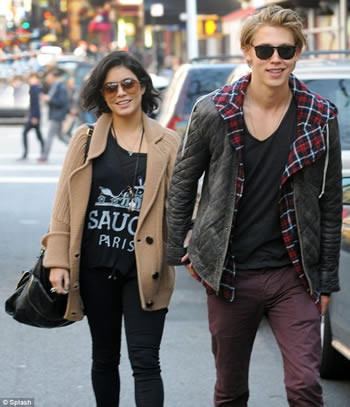 It can be said that this couple is idealized by many for their playful attitude yet strong integrity. They have set many a relationship goals for other couples as well. Time and again, this couple’s love was applauded by many and both of them have utilized every chance of praising each other as a partner. While Austin helped Vanessa to get over the difficulties of her previous relationship with Zac Efron, Vanessa also supported Mr. Butler throughout his decisions and tough time.

According to Austin, one needs to think about ways to make the partner happy. When this effort is put by both ends then the relation flourishes inevitably. Same is the case for Vaustin. And it is expected that they will be engaged soon!

So it seems that Vanessa is the only woman with whom this guy has been linked and this link is not under a threat to be broken! Thus it can be said that the love life of Austin is not very glamorous as he has not been into too many relations but the one he is in is pretty soothing.

Robert Downey Jr Wife, Girlfriend – Who Is He Married To?
Jensen Ackles Wife or Girlfriend in 2018