Jude Law current girlfriend in 2018 is Phillipa Coan and both are in a happy relationship till now. Check his dating profile to know about his ex girlfriends and ex wife.

Jude Law looks dashing and has an attractive personality. He nearly had dozens of relationships in his life some of which lasted for months and others for years. He has been linked up with multiple co-actresses. 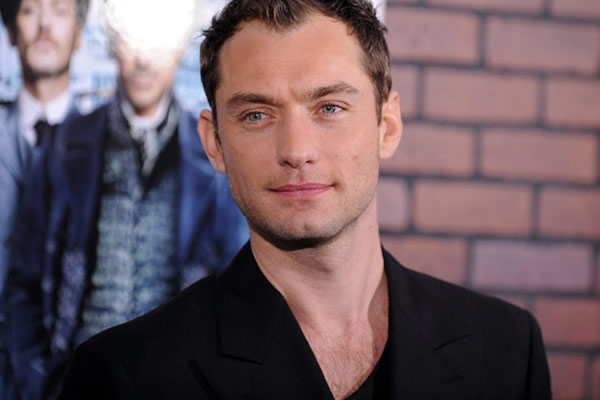 Jude is a father to five children. The first three was born to Sadie Frost on three different occasions, the fourth one to Samantha Burke and the fifth one to Catherine Harding. In spite of the fact that he is 43, he is still dating women very younger to him and currently in a relationship with Phillipa Coan.

David Jude Heyworth Law, popular as Jude Law, is a British actor who was born in London on 29th December 1972. His performance in the movie The Talented Mr. Ripley brought him the name and fame as he won BAFTA award for best-supporting actor. The popular National Youth Music Theater is where he started acting career, and in a few years, he achieved great heights. His acting skills got him nominated in most of the coveted awards such as Golden Globe, Academy Award and British Academy Award in supporting and leading role. Some of the best awards for a newcomer were awarded to him during his theater days.

Some of his popular movies are Gattaca, Enemy at the Gates, Artificial Intelligence, The Grand Budapest Hotel to name a few. But his role as Dr. Watson in the movie series Sherlock Holmes has gone in the history books as one of the best characters ever played. Apart from acting, he is actively involved in charity fundraising, peace campaigns, and philanthropic works.

After breaking up with Catherine Harding before a daughter was born to her, Jude moved on to Phillipa Coan who is nearly 13 years younger to him. She is a doctor in psychology and keeps a low profile away from media attention. 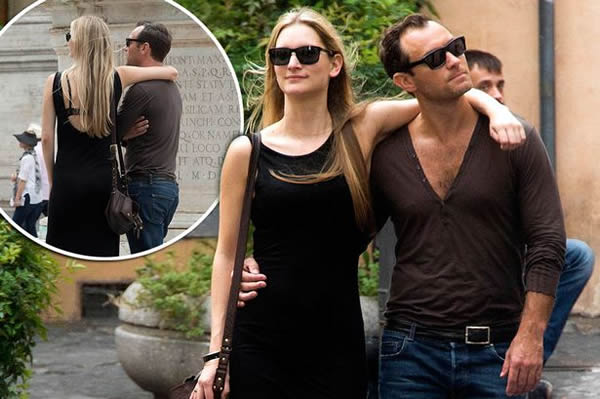 They have been in a relationship for more than a year now. Their public display of affection is increasing every time they are spotted in public. The couple went on vacation with Jude’s first three children, and he was seen cuddling her girlfriend. There are several other occasions when Jude was found to be all over her in public places. 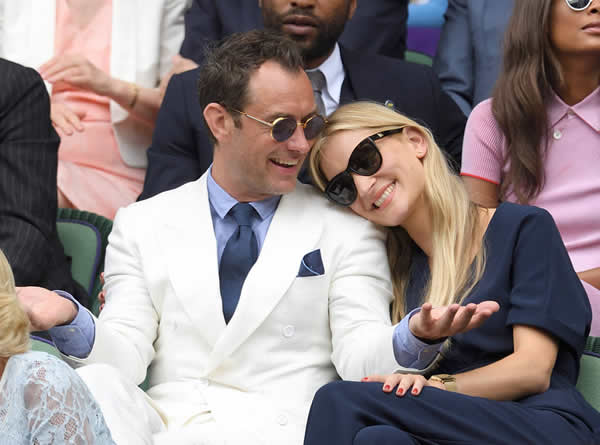 In a recent interview, Jude confessed that he is happier than ever with Phillipa. He says that the fact she is a very private person has helped them maintaining a healthy and loving relationship without any glitches unlike the past relationships he had. Going by their chemistry, it is safe to assume that the engagement announcement is on the way and Jude is finally looking to settle down with Phillipa for the rest of his life.

Jude met actress Sadie Frost on the set of the movie Shopping. It was love at first sight, and they started dating and got into a relationship in 1995. After a year, the couple announced that they are going to have their first son. Within two years of being together, they decided to get married on 2nd September 1997. They had a really smooth married life and were giving relationship goals to other celebrity couples.

In 2000, the couple had their first daughter, and two years later, they welcomed another son. But things started to fall apart in 2003 as rumors of Jude’s link up with several popular actresses filled the news channel. Nicole Kidman and Scarlett Johansson were seen quite cozy with Jude in different places. But the turning point came in late 2013 when Jude was seen more with Sienna Miller. Subsequently, the happily married couple filed a divorce and got separated in 29th October 2003.

Jude met Sienna Miller on the set of the movie Alfie and in spite of being married and father of three children, he could not resist himself. After Jude’s divorce, they couple moved in Jude’s house and got engaged on the Christmas Day next year. 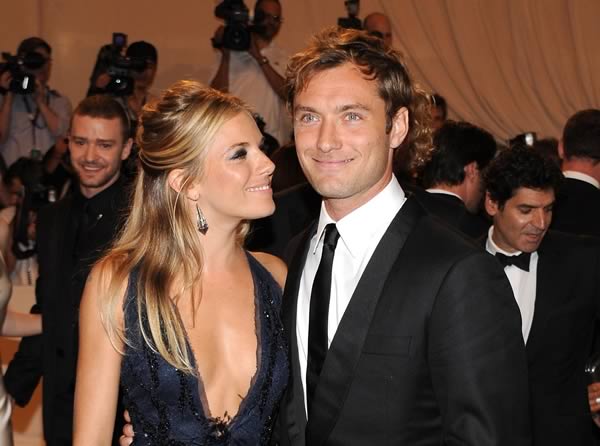 But their relationship turned sour when he got involved with his children’s nanny Daisy Wright. Jude even issued a public apology but it was too late and they got separated in November 2006. They had a reunion in 2009 and stayed together until February 2011 before breaking up again.

After his separation with Sienna Miller, Jude got involved with three popular celebrities Cameron, Natalie, and Lindsay. They could be spotted together with Jude on several occasions being too cozy like couples. Jude never missed the opportunity to show his public affection with not so popular women. Kim Hersov is a German actress while Susan Hoecke is a movie editor and he met them both on the acting sets. The rumored link ups were all over the news channels from late 2006 to early 2008.

Some stability came in his life when he met Samantha Burke, an American model. They were in a relationship for a year from 2008 to 2009. 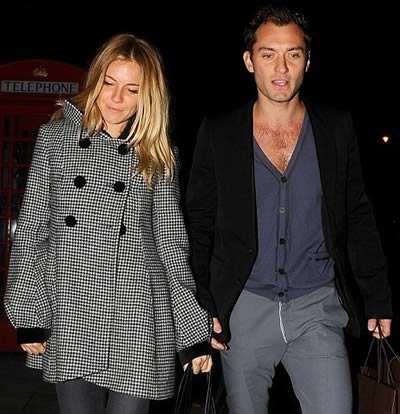 In September 2009, Samantha gave birth to Jude’s 4th child. But Jude was never into Samantha totally. He was caught making out with several other women in public places such as Kimberly Stewart, Lily Cole, Sophie Monk. Samantha broke up with Jude when Sienna Miller came back in his life, and the past couple went on vacation with Jude’s first three children.

Actress Ruth Wilson and Jude Law met during a theater act and became strong friends. They kept their status to friends only until in March 2012, the couple declared that they started dating. The duo were together for two long years before Jude cheated on her for Catherine with whom he had his fifth child. But even before the baby was born, they broke up.

It is high time for Jude Law to settle down in this relationship with Phillipa Coan and have a peaceful life after so much of turmoil and swing in more than a dozen relationships.

This actor has been with a a lot of women in his life. Here are all the women with whom he was involved.