Matt Damon wife name is Argentine Luciana Bozan Barroso and they have been married since 2005. Check out his dating life and girlfriend list which includes Minnie Driver, Winona Ryder Penelope Cruz etc.

Matt Damon or Matthew Paige Damon, is a well known American actor who is also a screenwriter and film producer by profession.

Forbes magazine has marked him as the most bankable star and at present he is the highest earning actor. This star has received different accolades which includes one Academy Award and two Golden Globe Awards. Apart from these, Damon has been nominated for as many as six Emmy Awards and two British Academy Film Awards.

As per news from industry Matt Damon is at present married to Argentine Luciana Bozan Barroso. They two met long back in April, 2003 in the sets of Stuck on You in Miami. The couple got engaged in the month of September, 2005 and got hitched to one another privately on 9th December, 2005. The Manhattan Marriage Bureau witnessed their marriage through a civil ceremony.

Right now they are blessed with three angels. Their three daughters namely Isabella, Gia Zaval and Stella Zaval were born in the years 2006, 2008 and 2010 respectively. Alexia Barroso is also known as the daughter of this couple though she happens to be Luciana’s daughter from her first marriage. Initially, this romantic couple used to live in New York and Miami. Since 2012, they shifted to the Pacific Palisades in Los Angeles. 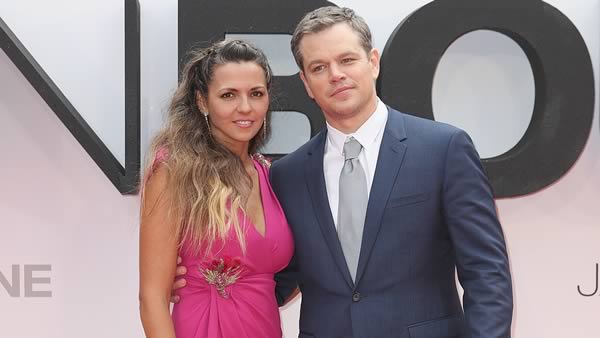 It is believed that Matt Damon and his wife Luciana Barroso has made the impossible possible in spite of being a part of the Hollywood industry- remain married. As the duo entered their 11th marriage year, Damon seemed to be a man who is head-over-heels in love with Barroso. This age old love story initiated in a bar and caught flame instantly.

Owing to his great acting potential and charming looks, Matt Damon was engaged with numerous other hotties from the industry before marrying Barroso. Damon’s dating history contains ladies like Minnie Driver, Rhona Mitra and lot others. Read on to know in detail about each of the Matt Damon exes.

Before getting hitched to Barroso, Damon is rumored to have dated the model turned actor Rhona Mitra is 2003. 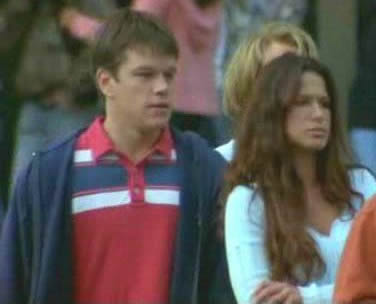 This English actress is also a songwriter and singer by profession. Some important milestones of her career are Underworld: Rise of the Lycans, Shooter, Hollow Man, The Number 23 etc.

This is another name that has found its place in the list of Matt Damon exes. Damon was known to be romantically linked with Odessa Whitmire from 2001 to 2003. 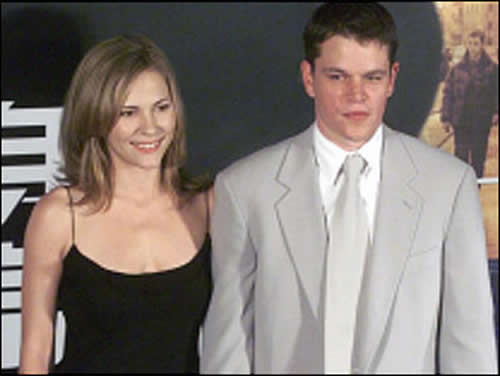 The duo was spotted together only in two public events during their courtship: in the premiers of ‘The Bourne Identity’ held once in Taipei, Taiwan and once in Sydney, Australia. They were very secretly linked with each other for two long years.

Damon was rumored to in a romantic affair with his co-star Eva Mendes. Their affair came to be the center of gossip while they were filming ‘Stuck on You’ together. Their relationship lasted for a very short span of time and neither of the lovebirds confirmed their romance. Currently, Ryan Gosling dating Evan Mendes and they plan to get married soon.

Damon and Penelope together created quite a stir in the industry and their romance started in the sets of ‘All the Pretty Horses.’ They dated for quite some time but never confirmed their love for each other.

Matt Damon and Winona Ryder was known as a very high-profile couple when in a relationship. The duo was declared by the ‘People’ magazine as ‘Hollywood’s It Couple.’ They both tried to keep their romantic affair away from the public eye. The affair started somewhere around 1997 and in 1999 Damon declared that he wanted to keep his personal life a secret. Winona Ryder and Johnny Depp dating was one of the famous gossip in Hollywood a few years back. Winona Ryder’s assistant Sibi Blazic is Christian Bale wife currently.

Minnie Driver was the co-star of Damon in ‘Good Will Hunting’ and both delivered path-breaking performance. It was in the sets of this movie that their love story took shape. It lasted for one year, 1996- 1997 and finally Damon declared in the Oprah Winfrey show that the two are no longer together. Driver was extremely annoyed by Damon’s act of announcing their break-up in public. She further said that Damon fascinated her as she was young at heart.

Some other personalities with whom Damon was rumored to be romantically linked are Kara Sands, Claire Danes and Skylar Statenstein. Thus it can be said that Matt Damon has quite an eventful personal life. Almost all of his relationships created quite a buzz in the industry.