Robert John Downey is one of the famous and most talented Hollywood actors alive. He was born in Manhattan New York on 4 April 1965.

Robert’s father and mother have been in the entertainment industry long before he was born. His father was an actor and filmmaker while his mother starred in most of his dad’s films. Robert’s father was a drug addict who also introduced him to the substance. He started taking marijuana and doing alcohol at the age of six and made a thousand phone calls daily in pursuit of drugs.

He made his acting debut when he was five years old. And currently, he has featured in many blockbuster films like Iron Man, Avengers, Sherlock Holmes and more. His net worth is over $200 million which is likely to increase in coming years.

It took Robert Downey some patience to finally wife one of the creams of the Hollywood crops but that’s what persistence in life can offer you. The Iron Man and Avengers superstar is married to Susan Levin and they have been together for more than a decade. 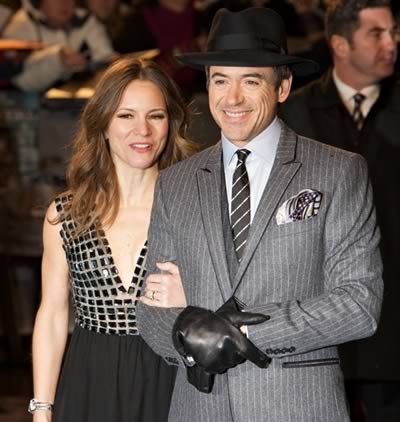 They first met in 2003 on the set of Gothika, which Susan was producing for Dark Castle Entertainment. Robert also starred in the movie. Susan turned him down the first time he asked her out because according to her, he wasn’t devastatingly sexy or fascinating to her. They started dating after a while and got married in August 2005. They also have a child named Exton Elias.

Robert started dating Deborah Falconer in 1992 and got married to her 42 days later. Dating for less than two months is not ideal for some, but to Robert and Deborah, it was the ideal thing to do. Their love was so strong at that time and they were perfect in each other’s eyes.

The actress and singer Deborah Falconer had a son for Robert named Indio Falconer Downey. Things got really bad between Deborah and hubby Robert in 2001 that made her filed for a divorce. The news was shocking to their fans, family, and friends who already thought the duo were a match made in heaven. But according to Deborah, she got tired of Robert’s drug use and decided to leave him for good. They finally got separated in 2004.

Robert Downey Jr. had a fling with co-star Calista Flockhart. They were both rumored to be an item in 2000 when Robert starred in the movie “Ally McBeal.” Robert is the kind of guy any lady would like to be with. 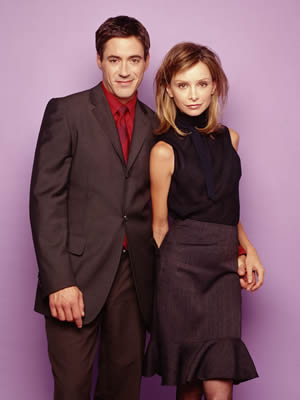 It was reported that the Hollywood superstar while on set, had a fun flirtation with Calista Flockhart. Both of them were also seen holding hands at the 58th Golden Globe Award ceremony. However, the rumor that Robert and Calista are dating didn’t last for long. The rumor was denied by the duo who said they were just friends.

Robert and Marisa Tomei were rumored to have had a romantic affair in the early 1990’s after starring in the movie “Only You”. Marisa was a year older than him, but that didn’t stop them from moving on. 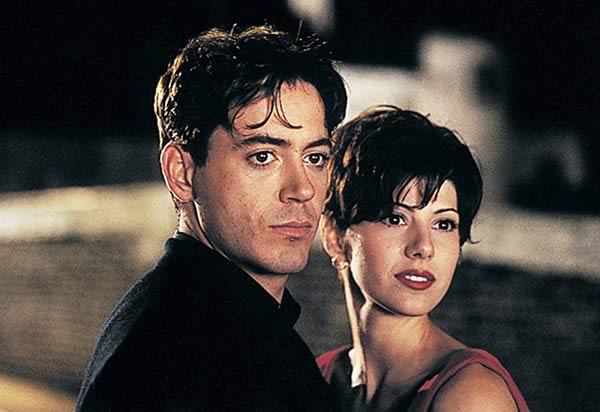 Their rumored relationship started in 1994 but was never confirmed. It is possible that the duo dated but wanted it to remain private. Besides, it wasn’t the first time such a thing was happening in the Hollywood circle.

The costars met and fell in love deeply. It happens to many stars, some take their on-screen romance to real life. Robert and Sarah became very close pals as they starred in the movie “Firstborn.” They took their friendship to another level and started dating. Unlike many Hollywood stars that date and end their relationship in few months, Robert and Jessica lasted for quite a long time. 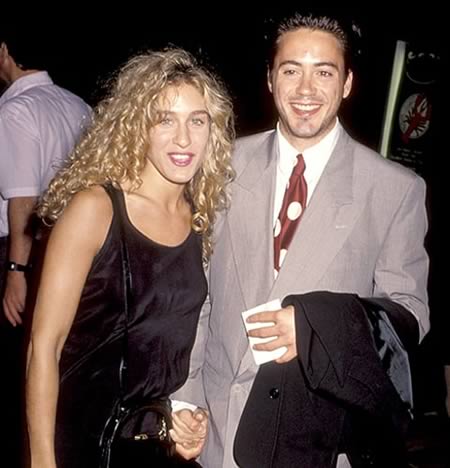 They started dating in 1984 and broke up in 1991. The reason for their separation was because Robert Downey was a serious drug and alcohol addict. Robert confirmed this in an interview as the cause of their breakup and how she tried to help him many times but failed. His drug addiction was too much for the relationship to overcome. Their relationship many predicted would have lasted longer if only Robert ended his addiction to drugs and alcohol. But when it comes to matters of the heart, you never can tell what will happen next.

Winona Ryder:
Robert and Winona Ryder starred in the movie 1969. Rumors started making the rounds that the co-stars were dating in 1988 but they both refuted rumors that they were dating. Winona Ryder has also been linked to popular actors like Johnny Depp and Matt Damon. Christian Bale is married to Winona Ryder assistant Sibi Blazic. 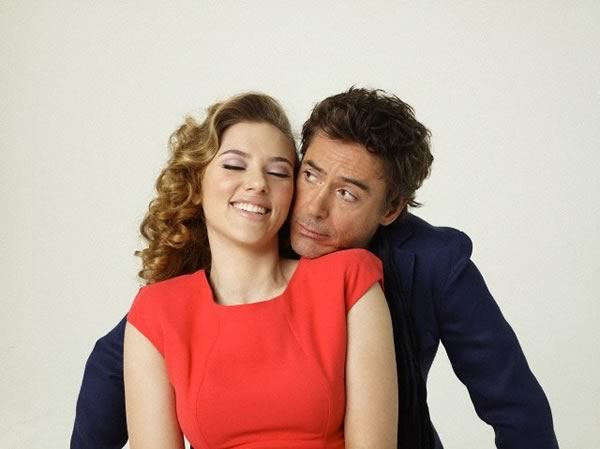 Rumors started spreading that the duo had started dating. But there were not much evidence to substantiate the claims that they were dating. Pictures of the two together have not been seen. Scarlett Johansson has also been linked to Ryan Reynolds and Jude Law.